At the age of twelve, Abouet and her brother moved to France with their great uncle. She currently resides in Romainville, a suburb just outside of Paris, with her husband, illustrator Clément Oubrerie (who illustrates her graphic concepts), and their young son.

She worked as a legal assistant in Paris while she wrote her first graphic novel, Aya. Before writing Aya, Abouet tried to write novels for young people, but she gave up in frustration with what she perceived to be the constraints put on the genre by the publishers.

She has also quit her job as a legal assistant to concentrate on writing full-time, including her two follow up graphic novels to Aya (Aya of Yop City and Aya: The Secrets Come Out).

Aya is Abouet's first published work. It is also her first venture into graphic novels, as well as a collaborative effort with her husband who used Aya as his first illustrating job in graphic novels. She was influenced to do a graphic novel byMarjane Satrapi, the author of Persepolis. It also emerged from her desire to show an Africa with a focus on issues other than war and famine, which is typically what the media focus on in portraying Africa. Her characters go to school, trudge off to work, plan for the future and allow themselves to be ensnared in domestic entanglements on the Ivory Coast the same way they do everywhere else.

Abouet denies that Aya is autobiographical, except in the sense that it is the Ivory Coast that she is familiar with. The characters are based on people she knew growing up, but the situations are purely fictional.

Aya has been considered a success especially for a first-time author. It won the 2006 Angoulême International Comics Festival Prize for First Comic Book and has sold over 200,000 copies in France.The Canadian publisher Drawn and Quarterly distributed the English language version in the United States. They have printed over 10,000 copies in the U.S., which is a significant number for a first time graphic novel in the United States. Abouet persuaded her French publisher to sell cheaper, soft-cover copies of the graphic novel in her native Ivory Coast. 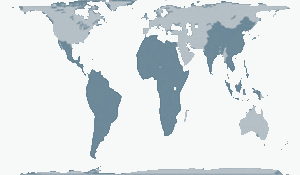